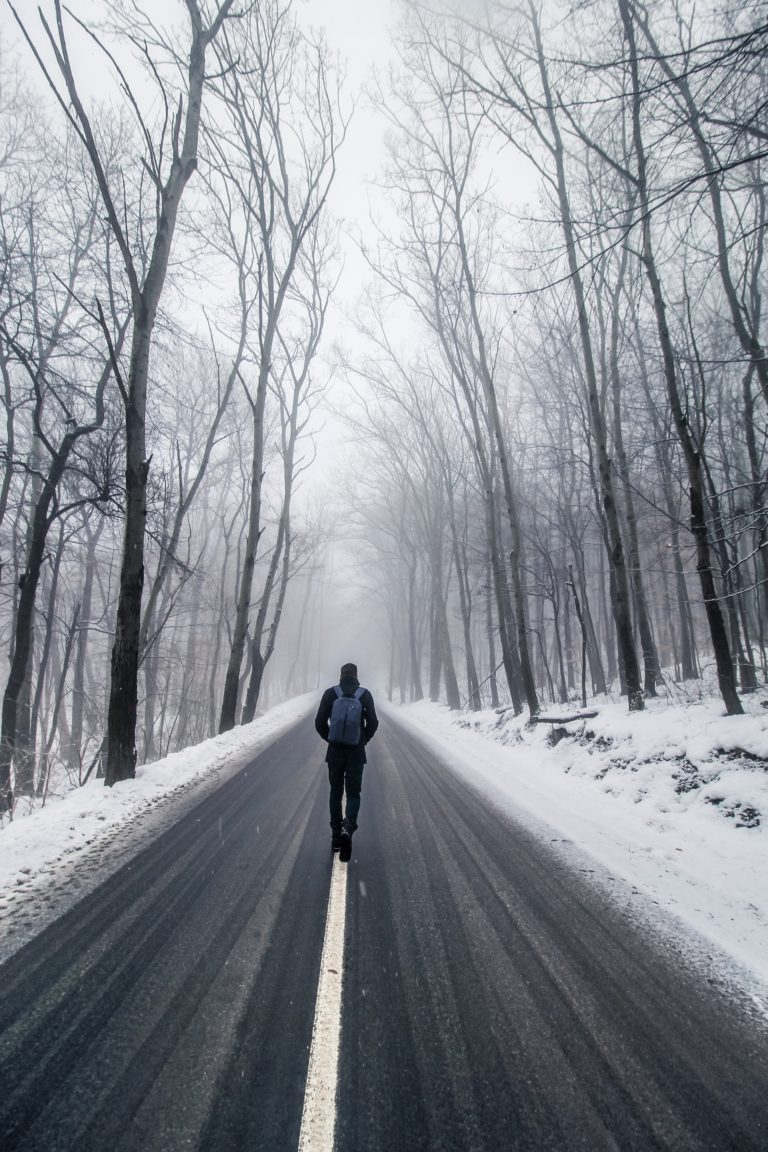 I know it’s not October for a couple of days and it’s only just Autumn. But winter wellness has been on my mind recently. I can feel the drag on my mental wellness; I’ve got the first sniffling cold of the season. It’s a time where I can start to drift if I’m not careful. I was going to type “drift physically and mentally” but the further down the road I travel, the more I’m sure they are so entwined as to be inseparable.

My biggest winter wellness trap is to start feeling a bit seasonally gloomy and then cut the exercise, and then I feel even gloomier. Catch a cold on top of that and the dip can last weeks and sometimes two or three months. This year feels more acute, given the COVID-19 dominated chaos we are experiencing in the world. The impending second wave of COVID-19, running in tandem with winter influenza makes the coming six months very uncertain for all of us. The economic disaster that is unfurling makes the future very uncertain for all too many.

Start With A Plan

Starting with a plan is Plan A. Anxiety or negative feelings are quite often fuelled by uncertainty. Pushing on and hoping things will improve is not a plan. Having a plan brings some structure, and that structure can calm the mind and help you to measure progress. It doesn’t matter if you don’t achieve every goal, just the very practice of defining a target and reaching for it will ensure progress. I hear people using the phrase “I’m a bit lost.” That can often mean the journey and destination aren’t clear. You don’t stand still, you are either making progress or are regressing.

My plan developed over the last month and most of it is in place, the last part of it commencing tomorrow. I’m conscious I could end up sounding like one of those “Ten Things The Super Rich Do While You Are Still Festering In Bed” blogs you read on low-end business publications. The ones that start by claiming to get out of bed at three in the morning and meditating for an hour, and fasting until a week on Wednesday. But it’s not like that. I largely think about what could unravel me a little if I don’t address it; followed by looking for areas where there is an opportunity to improve myself mentally or physically.

The areas of the Shitshow That Is 2020 Improvement Plan are: develop the reflective side of me; sleep better; aim for an all-round fitness improvement; and refine the plan for my work, my ikigai.

I’ve just reached 300 days in a row of daily meditation, it’s been an enormous help to me. On top of having now passed the two-year mark without a single sip of alcohol. Together both of these have helped settle my mind, to be more self-aware, to have an inner window. I’ve worked hard at trying to listen more carefully to people, to listen properly to what’s being said, rather than pretending to listen while formulating what to say next. I can consciously listen now, I can spot myself starting with old habits of talking through people and quite often can check myself and back off again and let the other person speak. Listening properly is such a pleasure and a profound learning experience.

The last sentence must sound strange and I’ll bet a few people are reading this and thinking I’ve got poor skills. I bet some of the same people don’t see their own poor listening skills either. I mention meditation and ceasing drinking and they are both habits that were relatively easy to form. Habit is powerful. I’m trying to making listening my next powerful habit.

I’ve explained to people around me the importance of the other side of the equation too. I can get very agitated from time to time. Over years and particularly more recently I’ve managed to bring it under control. But still, some work to do. Thinking about it carefully I realised that my agitation can start to form within me if I feel I’m not being listened to. It took me a long, long time to figure out it traces back to my childhood where I lived an at times lived through a real-world “children should be seen and not heard existence.” The primal feeling I get now, if I think I’m not being listened to, is the same one that formed while I was still primary school age.

More reflection is one of my winter wellness goals. Being more aware, being more engaged, listening more carefully. Slowing down to engage the intellectual and emotional elements.

The worse I sleep the more tired I get, the worse I sleep. I’m not sure if that’s common, but once I get tired my sleep really suffers. I had a recent period of just under six hours a night sleep, and the downward spiral was tough. I tackled it by the blunt instrument of trying to do nothing for a couple of days and cutting back on exercise a little. Winter wellness will quickly unravel without decent sleep. Coupled with a decent meditation session at night, things have stabilised recently. By stabilised I mean a shade over six hours. It’s a scientific fact that my sleep levels are not sufficient and can and will lead to potentially numerous health problems.

I’ve got some of the bad habits, the worse being that I read my iPad in bed before sleep and also read it first thing in the morning. A headful of raging social media and doom and gloom news is not the best recipe for a good night of sleep. Nightmares about Donald Trump, for example. While I can get off to sleep quickly, I can tend to wake three hours later; and then once an hour from then on. If I had anything about me, I could leap into an ice bath at my 03:30 wake up, and convince myself I’m well on the way to be a billionaire. I would guess one factor in the frequent waking is my mind processing all the white noise I’ve consumed prior to settling down.

I read a good book on sleep recently. But that’s all I did, I went through it mumbling “that’s me”, and “he’s right” and then changed nothing. We had a sleep specialist talk to us at work a few days ago and to hear the story and get a chance for Q&A really helped me. She gave me five ideas and said if I tried three or more it would make a difference.

As Always, It’s About Habit

Set an alarm for 21:30 and at that time switch off the iPhone and iPad and do something relaxing until bedtime. Done. I tend to go to bed at 22:30 or 23:00. Wake up at the same time every day, seven days a week. I’ve set a 06:30 alarm and was up at that time today. My initial problem might be what to do in the hour before the alarm when I’m already awake. No reading, television, digital devices in the bedroom at all. Done. Don’t go to bed until tired – so far, so good. If you can’t sleep, after twenty minutes get up and read until tired and then go back to bed. Four of the five are in action, I haven’t gotten up due to not sleeping as yet.

My goal is to get some regular sleep, and it would be a treat to get seven hours a night regularly. The last month has averaged under 6.5 hours, the month before 6.5 hours. Science wants me to sleep between seven and eight hours a night, so I’ll see if can get to seven. I have noticed in the past that when I’m fit and exercising hard, I do get more than seven hours, so there’s a interlinked virtuous cycle to be had.

I’m going to work hard at sleep. Whoever said “sleep is the cousin of death” left out the piece where you feel like death all the time if you don’t sleep. The “cousin of death” crew go straight in the same clown category as the “live every day as though it’s your last.” This latter group is usually a bit lacking in experience of how long life is and how fast it comes at you.

This is an area of winter wellness that can really come unravelled. It’s harder to get out on the bike when it’s cold, windy and wet. Short days and lack of sunlight can depress mood and lead to reduced motivation to get into the gym or on the indoor trainer. I got to decent cycling fitness eventually in the period between the end of lockdown and the end of summer. But a busy work schedule soon knocked the regularity out of it, and I’m slightly down. But still carrying a decent base into the winter.

My first consideration in my winter wellness programme is to train less. Or more accurately put to have two rest days a week, rather than pushing for my regular six days and failing. The second consideration is to mix strength training and cycling more. I’ve tended to focus on one per year. I really need to do both. Cycling helps my aerobic fitness and cardiovascular health measurably. But I also need to stay mobile and try to retain muscle mass. You lose a per cent of muscle mass a year from your early thirties onwards apparently, with no maintenance. Which at my age means I must be negative muscle mass. But it’s easy to build and maintain a decent level of muscle at any age.

Of course, goals. I’m aiming to increase my five-minute power on the bike to beat my 2015 level. With winter comes a lot of Zwift indoors training, and that’s a decent recipe to do a shorter, more intense session once a week. I love Zwift but it’s not made for 2-3 hour rides. The strength one is easy, I’m looking to deadlift 150kgs for a single rep.

I’ve thrown a couple of other items into my winter wellness plan. Nutrition and supplementation for one. Especially Vitamin D to help with the lack of sun. It appears that Vitamin D also helps protect against or alleviate COVID-19 symptoms; although I don’t know what to believe or discount, given the thousands of fragments of advice. I’m sure 5G and Bill Gates didn’t cause it. And I’m also sure that drinking Clorox won’t cure it. But other than that, not so sure.

I’ve just bought a light box for my home office, as it feels like a long time to sit at home working when it’s dark for a reasonable part of my working day. Talking of home office, I’m cutting down on Zoom calls. It’s draining and reduces us to two-dimensional characters. Together with the lack of human feedback through all the senses, it also hoovers up too much time.

The extras for me are a grab bag of micro habits and factors that may or may not come together to give me an edge. It could all be placebo, but does it really matter if it helps my wellness.

That’s my plan. As Mike Tyson says – “everyone has a plan until the get punched in the face.” But Warren Buffett also said “an idiot with a plan can beat a genius without a plan.” I’ll be the idiot in this instance. A decent winter wellness plan that draws together key aspects of my mental and physical wellness is definitely better than no plan. Even if I get punched in the face, I can tweak the plan I have.

Let’s roll, today is day one. And it’s a rest day from exercise, which is a plus.