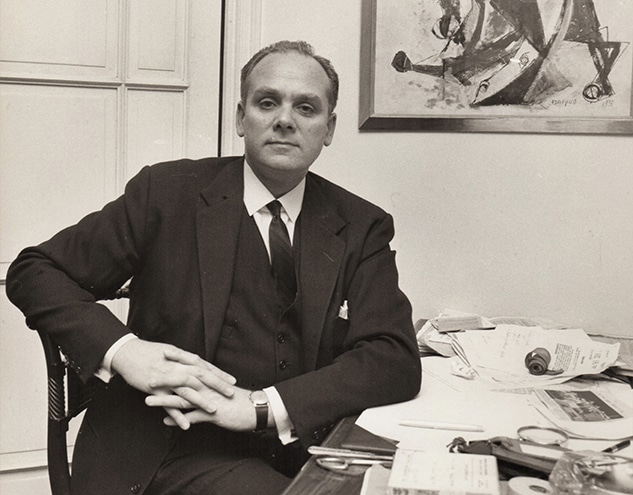 Being Aware Of The Tension

What sorts the good people in an entrepreneurial organisation from the so-so and bad? I would suggest the good ones can switch between having a clear strategic framework and thought process. Then dip into the focus and detail effortlessly. They are aware at some level that both exist and instinctively know when it’s time to switch roles. Being aware of the tension between the two processes and being able to manage that tension to great effect is a differentiator.

An entrepreneurial business won’t succeed unless there is a great deal of attention paid to the execution and task-oriented work. Strategy without the ability to execute has seen a lot of expensive failures. Look for the business people who can articulate a strategy clearly, a pragmatic plan which has anchors in reality. There’s a fine line between the word strategy and the word bullshit when it comes to early stage business.

To be clear, the strategy doesn’t have be hugely complex and most certainly not complex for the sake of it. Some very successful people have made a lot of money out of a simple strategic idea and then have ruthlessly implemented it year on year. Strategy doesn’t have to be complex.

Strategy does need to be flexible. An ex-special forces colleague reminded me that no plan survives the first engagement with the enemy. I see strategy as a set of guard-rails, there is some latitude to drift left and right. Businesses don’t exist in isolation, they are part of a system and that system can affect progress. Over rigid strategy can seriously block a business.

The best entrepreneurs can look out 3-5 years and in some cases longer and form a vision of where they are going. I tend to suspicion when I hear early stage operators talking about the exit point. It doesn’t work that way. A very experienced venture capitalist told me “it always takes twice as long and costs twice as much.” My only argument with his statement is that he’s being very optimistic with “twice”; I suspect he was trying to keep me in a positive mindset.

When talking to an entrepreneur I listen very carefully to the timeframe they use when speaking. The good ones talk in years, the longer the timeframe the more impressive the person tends to be. But equally I listen to them articulate exactly what needs to doing to get the rubber on the road. They hold the tension well between the strategic thought and the inescapable knowledge of what needs to happen.

From the other side of this same coin, my warning signals tend to be activated when I see an entrepreneur go into a period of intense focus, but get more and more obsessed by the detail. Are they being fanatically focused in an Elon Musk sleeping in the Tesla factory way? That’s ok, as long as the strategic thought thread still remains.

When I see an entrepreneur stay in the weeds, I look a little closer. Is there an avoidance behaviour going on, do they feel better in the detail because the strategic level is overwhelming? Pressure can make people stay in the detail, it’s hard to criticise someone who is at least at a superficial level “working hard”. It can be frozen in the headlights behaviour. It can also be because they’re not good enough.

Quite often it’s a lack of capability. The better people can manage the tension between strategy and focus. The less capable people are down in the detail, ostensibly working very hard, because they are at the limit of their intrinsic capability. I believe in the work of Elliot Jaques, who divides work into levels. Level one operators could be someone who does a single repetitive task (production line operative for example), the time horizon is short. Level seven capability stretches into the generational timeframe: think Bill Gates.

The hallmark of the higher capability levels is the ability to deal with complexity and ambiguity. Lower down the scale, complexity can paralyse critical thinking. General managers of good sized businesses can be level three and succeed. Longer term strategy can be set higher in the organisation and a good general manager can be interested in a one year time bucket. Good operators, focused operators. But even though they will tell you they are “strategic thinkers”, they aren’t. Strategy is a highly overused and abused word.

Obviously some very good general managers are just passing through as they develop naturally into level four and five thinkers. The work of Jaques proposes that intrinsic capability is relatively fixed early in the career and it doesn’t move much at all. There are very accurate profiling tools to assess capability on the Levels Of Work scale. To be clear, not everyone will be a four or five or six, indeed they are a minority.

Back to the beginning though. A good entrepreneur will be able to manage the tension between having a strategic framework and being able to focus and ruthlessly execute, making on the fly tweaks. If they are struggling, it’s possible it’s because they haven’t devoted enough time to developing a robust strategy. Or that they simply aren’t cut out for month after month or year after year of focus task delivery.

But don’t rule out that it could be a capability issue. You can’t be an entrepreneur just by being enthusiastic. It’s a harsh truth. I respect each and every entrepreneur who gives it a go. But as in every natural selection process, only a small number will make it through the jungle.

This also applies to more established organisations, especially rapidly growing ones. I’ve seen at close quarters people have a period of rapid advancement and then all of a sudden development stalls. They haven’t become less competent overnight. The organisation – the complex, messy amalgam of people and resource and assets and stakeholders – has become too complex and has overstretched the managers innate capability.

To win in the entrepreneurial arena, the best will hold the tension. You will know which ones these are likely to be by holding a conversation with them. Their timeframe, their vision, their attention to detail too, their natural drive. Their calmness when addressing complex issues.

1 thought on “Focus Versus Strategy: The Entrepreneur’s Challenge:”